Pugs are our passion; Breeder of BEST IN SHOW winners​,​ SUPREME CHAMPIONS ​,​ GRAND CHAMPIONS & INTERNATIONAL CHAMPIONS & Australia's #1 Pug Breeder since 2006 - Breeding Pugs for over 20 years. At Kabova we show most weekends. We believe that by showing our dogs we are continually striving to improve what we show and breed. To date we have titled (Australian Champion) some 40+ dogs​,​ and taken many to their GRAND CHAMPION & SUPREME CHAMPION titles. We enjoy a good deal of success in the ring with many BEST IN SHOW and RUNNER UP BEST IN SHOW awards and a large amount of GROUP and CLASS IN SHOW placings.

At Kabova each dog is a member of the family​,​ running our acres​,​ and spending time with us on a daily basis. We believe that socialisation is very important. Each Kabova dog is well socialised in order to make them a better family member. Our puppies are raised inside our home where they have 24 hour supervision and care. They are also raised with our 18 month old daughter who is very loving and gentle with the puppies.

Here at Kabova we combine Australian lines with some of the best from the USA and Europe to ensure you get a genetically diverse puppy you can be proud of. Our Pugs are Health tested for PK​,​ PDE​,​ PLL and DM. Of course breathing and overall health is paramount to our breathing program. Our Pugs show all year round and have to deal with temperatures in the high 30’s. We will not keep​/​breed from anything that is not sound. Our Pugs had…

Raised on 2 acres in the country​,​ our dogs spend most of the day with us or running our acres.

Included with our puppies

All our puppies come with: - Pedigree papers - Micro chipping - First vaccination - Regular puppy worming - 2 kilos puppy food (Royal Canin) and a puppy book - Written health guarantee and desexing contract - Puppy information booklet written from our experience - Toy - Collar All older pugs come desexed​,​ have their teeth cleaned​,​ are wormed and fully vaccinated. I am available 24​/​7 if you have any questions throughout the life of…

Kabova Pugs conducts 2 out of 5 core health tests which RightPaw believe are most important to conduct for the Pug.

Dogs affected by patellar luxation have loose kneecaps that may pop in and out of the knee joint,… 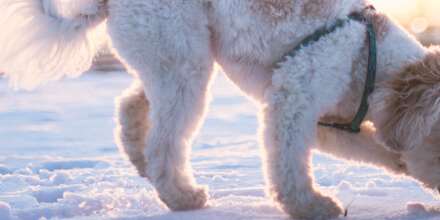 May-Hegglin Anomaly (MHA) is a rare blood disease that results in low numbers of platelets and the presence of abnormal, giant platelets. It can cause clotting abnormalities and bleeding. There is a DNA test available to identify whether a breeding dog is carrying this condition. 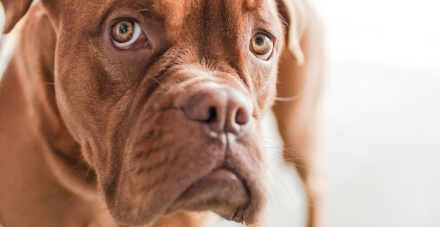 Pyruvate Kinase Deficiency (PKD) is a genetic disorder resulting in low levels of an energy-producing enzyme in the body. Affected dogs can experience lethargy, exercise intolerance and severe anaemia. There is a DNA available to identify whether a breeding dog is carrying this condition.

I have had pugs since my early 20’s. They are most certainly my passion. As well as showing I love to judge all breeds. I am currently licensed to Judge the Toy, Gundog, Hound, Working Dog, Utility and Non-Sporting Groups. I am not far off completing my final group... Terriers. I have had the privilege of judging all over Australia and in New Zealand, Norway, Japan and South Africa. I have judged Pugs in each of these countries.

I have always loved Pugs from when I was a little girl. I grew up with other breeds, but when I moved out of home, and completed my University degree, I was able to finally get a Pug. I have had them ever since. In 2014, I fell in love with Chesapeake Bay Retrievers and now have a few of these wonderful breed. I have bred a multi BEST IN SHOW winner and two RUP BEST IN SHOW winners.

My love and lifetime dedication to the breed is clear when you meet me. Known as a breed specialist around the world, I recently gave an in-depth talk on Pugs for the Madras Kennel Club in India.

If you'd like to apply for a puppy from Kabova Pugs, you can apply below. RightPaw will help you create an owner profile and ask you a few questions, so breeders can get to know you. Jenny W will then get back to you to confirm your interest and puppy availability.
A$4,500